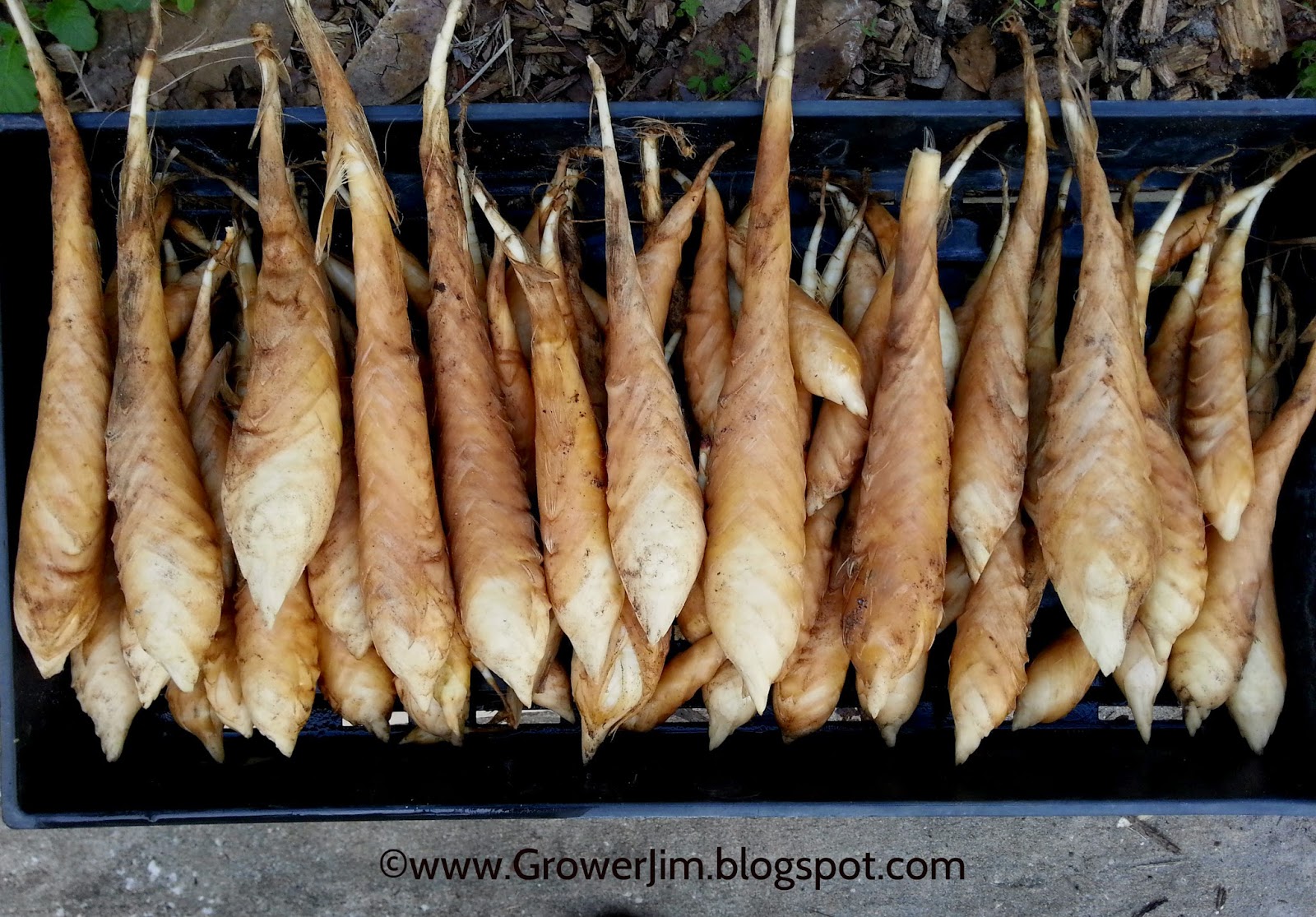 Arrowroot (Maranta arundinaceae) is a tropical plant that produces an edible starchy tuber widely used by indigenous peoples for medicine and cooking.  The plant is native to South America, and to the West Indies where the native Arawaks used the plant as a dietary staple and also used the powder to draw out toxins from people wounded by poison arrows.  Native Americans in both North and South America apply Arrowroot as a poultice for snakebite, insect stings or bites, and skin sores.  There is evidence this plant has been cultivated for at least 7,000 years. 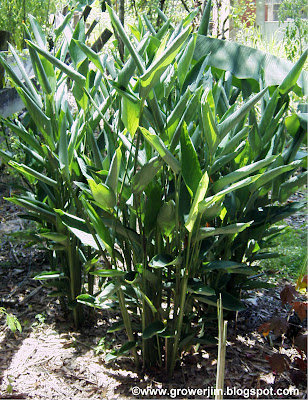 The plant is an herbaceous perennial that dies to the ground each winter when the tubers can be dug.  The plants grow about 4 foot tall in full sun to light shade, and bear small white flowers in the summer. 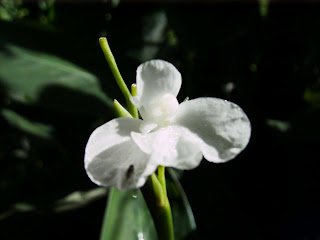 The cylindrical underground roots grow 6-8 inches long, on average, and are sharply pointed at the end (hence the name arrowroot). 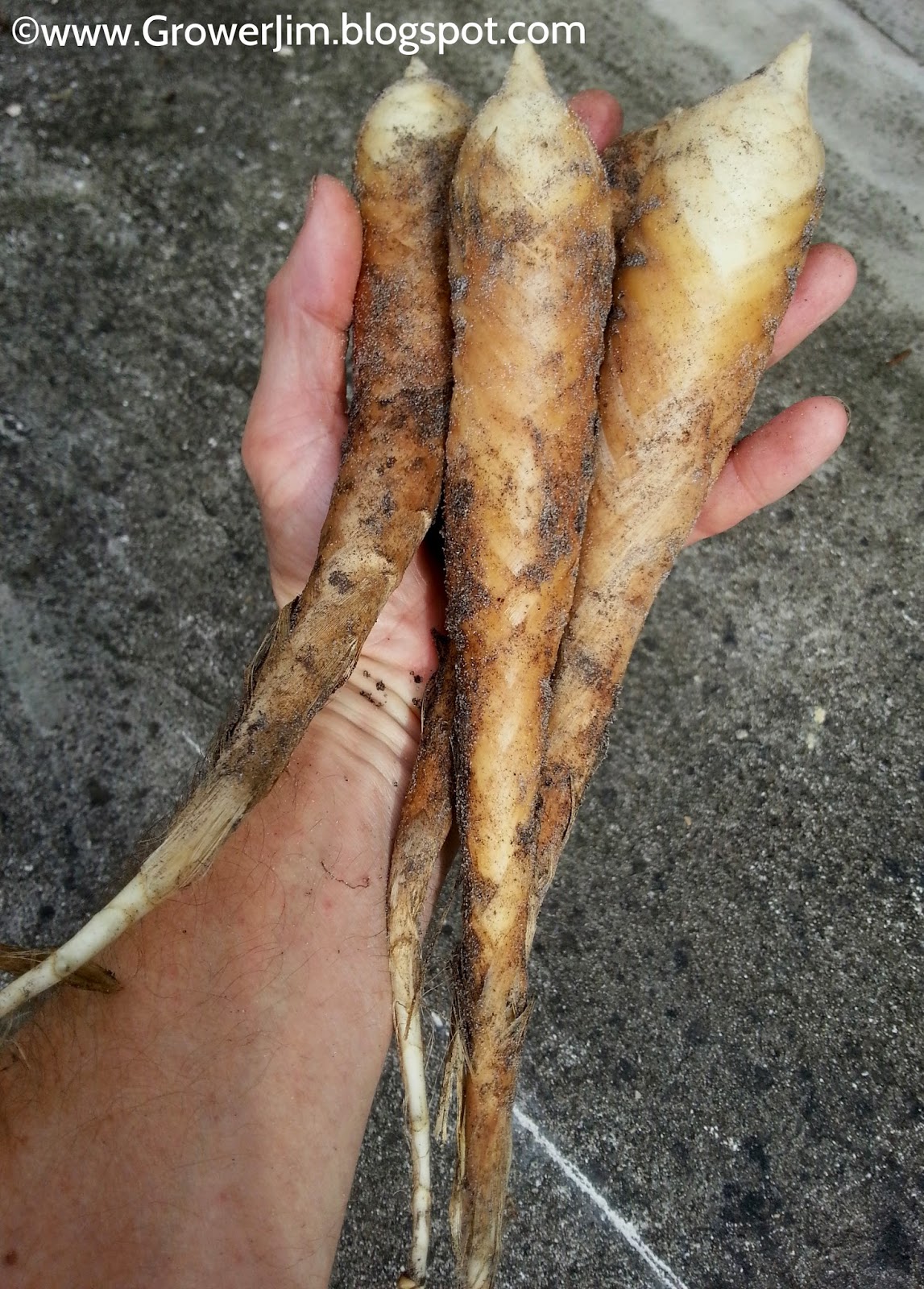 At the end of the growing season there will be a cluster of these tubers under each plant.  Each individual tuber will grow a new plant for the following year so they can multiply rapidly if you dig and replant the parts that you don't consume. In areas where the ground doesn't freeze, just leave a few tubers in the ground after harvest. In colder climates, store the tubers in a cool dry location and replant them in the spring.

The tubers can be eaten boiled, roasted, baked, or fried.  In some cultures they are ground and made into pastries.  Arrowroot flour can be used for gluten-free baking.
The extraction of the starch is a somewhat laborious process:  The tubers are washed, pounded to a pulp, rinsed in clean water, fibrous parts are removed, and the starchy water is allowed to settle.  The  clear water is drained off, fresh water is again added, mixed, and drained.  The remaining starch is then spread to dry in the sun.  The starch yield is about 1/5 of the original weight of the tubers.

The starch can be used as a thickener for sauces, gravies, puddings, jellies, and pie fillings, or as a clear glaze for fruit pies.  As a thickener, it is two to three times as effective as cornstarch.  In Suriname, the Amerindians use the starch as a baby powder, giving the skin a soft, silky, smooth feel.
Old herbals suggest the easily digested starch was often used to soothe bowel irritations by dissolving in hot water or hot milk where it forms a gelatinous solution that cools to a jelly-like mass.  A tablespoon of starch to a pint of liquid forms a sufficient consistency.  It should first be formed into a smooth paste with a little cold water and then the hot liquid should be added while stirring briskly.  A little lemon juice, or herbs and spices may be added for flavor. 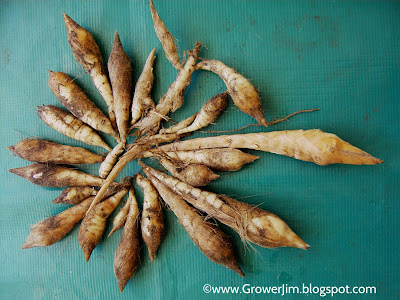 The photo above is the edible tubers I harvested from a single random plant.  Each piece will grow a new plant.

Disclaimer:  Notations of medicinal uses of this plant are for historical reference only.  No curative or preventative claims are being made.
Buy arrowroot (Maranta arundinaceae)!
Posted by Grower Jim

I have never heard of an arrowroot. Thanks for posting this. I love reading about unique plants/flowers such as this

That's a lot of tubers from one plant...it's a good producer, and it has a pretty little flower, too.

Excellent Profile! I've recently started using this in cooking but it would be great to grow my own.

I like the flower! I have heard of arrowroot but didn't know much about it. Interesting post!

I really like your blog and i really appreciate the excellent quality content you are posting here for free for your online readers. thanks peace dale tuck

simply stopping by to say hello

I would love to buy some of these for my garden in Gainesville!