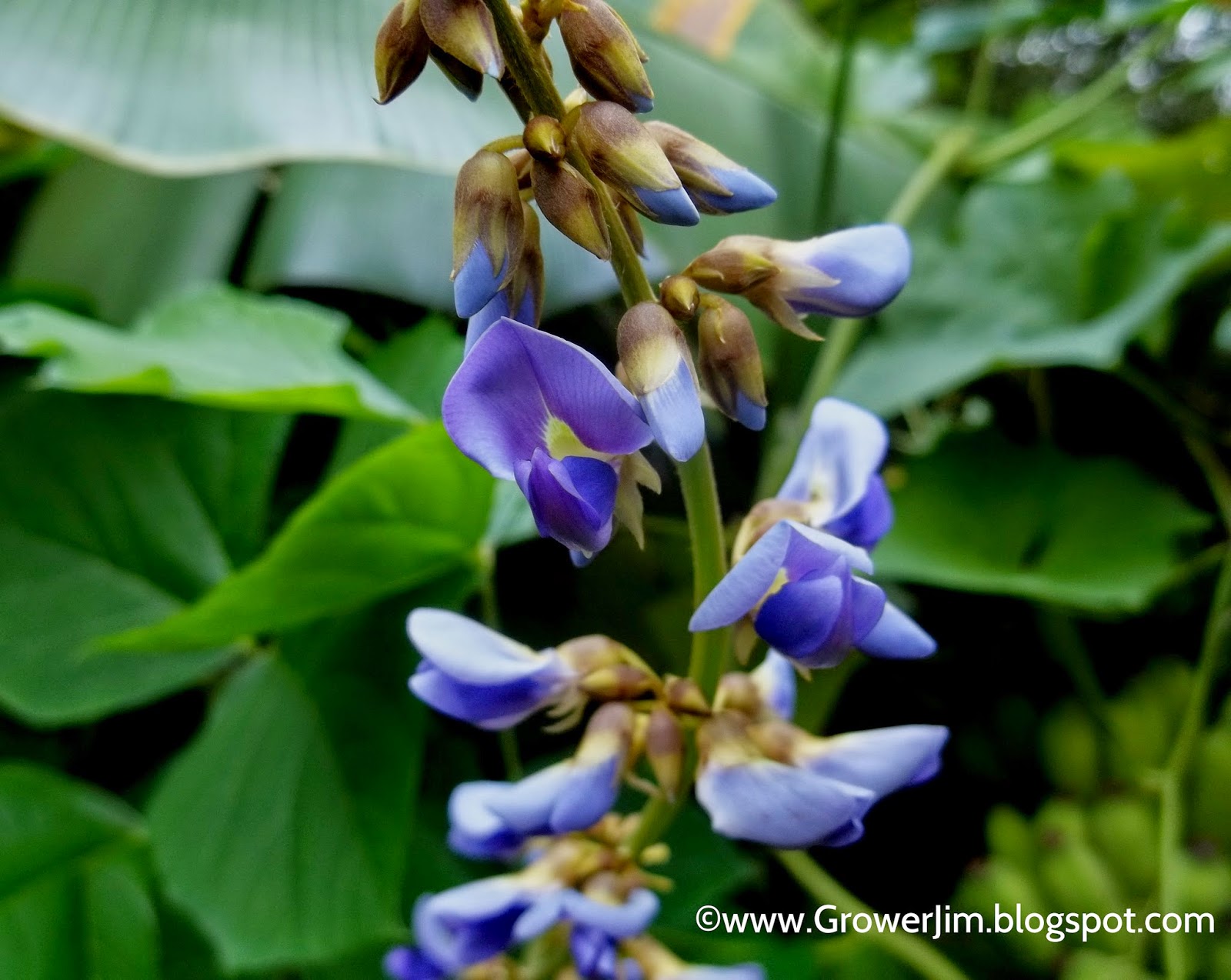 Jicama (Pachyrhizus tuberosus) is tropical vining legume that forms a large edible root. The vines climb by twining and can reach a length of 20-30 feet, given sufficient support. The trifoliate leaves are opposite on the stem and can be up to 18 inches across. As a legume, this plant is capable of nitrogen fixation and therefore has low fertilizer requirements. 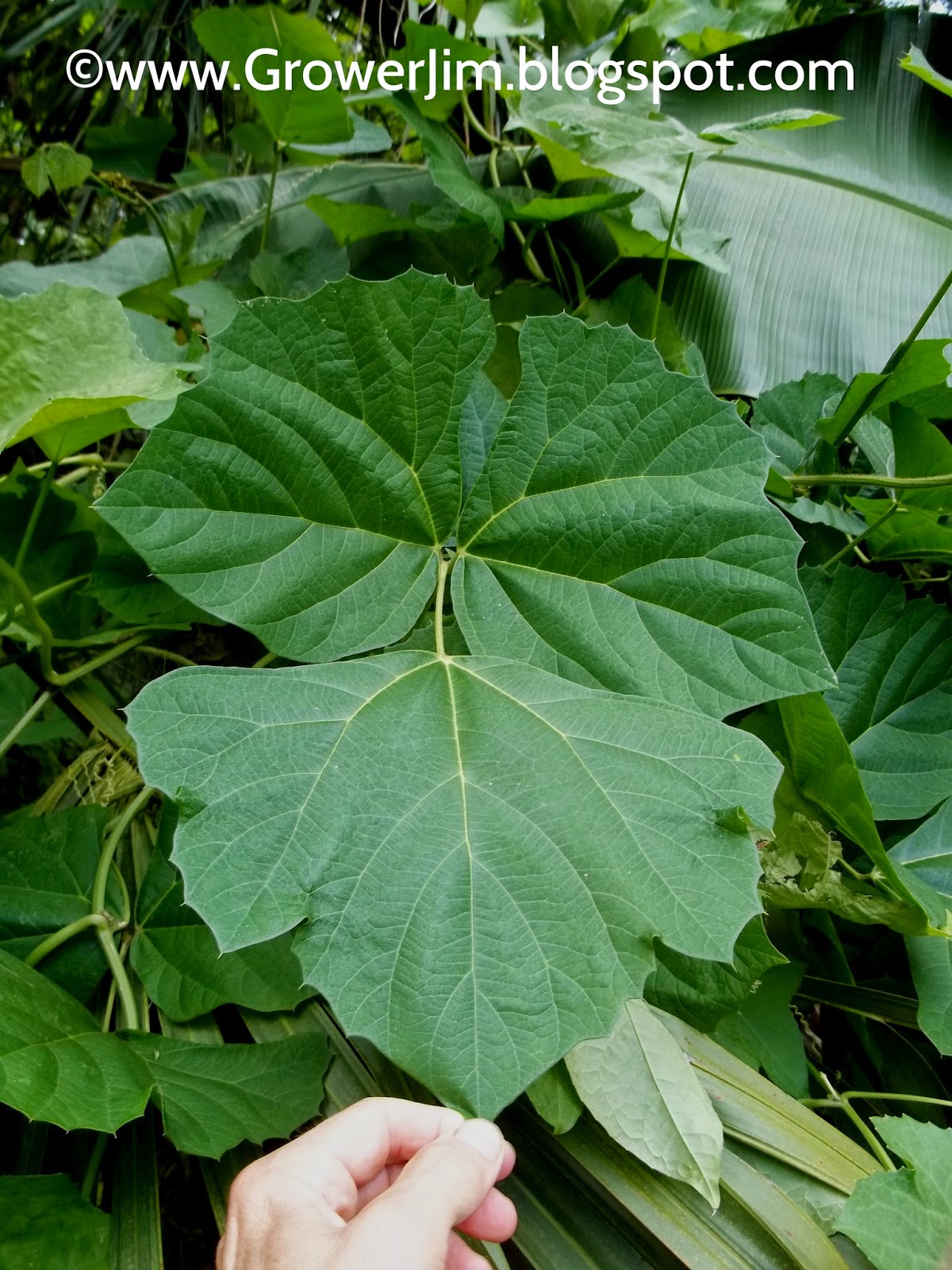 Flower buds start to appear in the leaf axils by late summer. 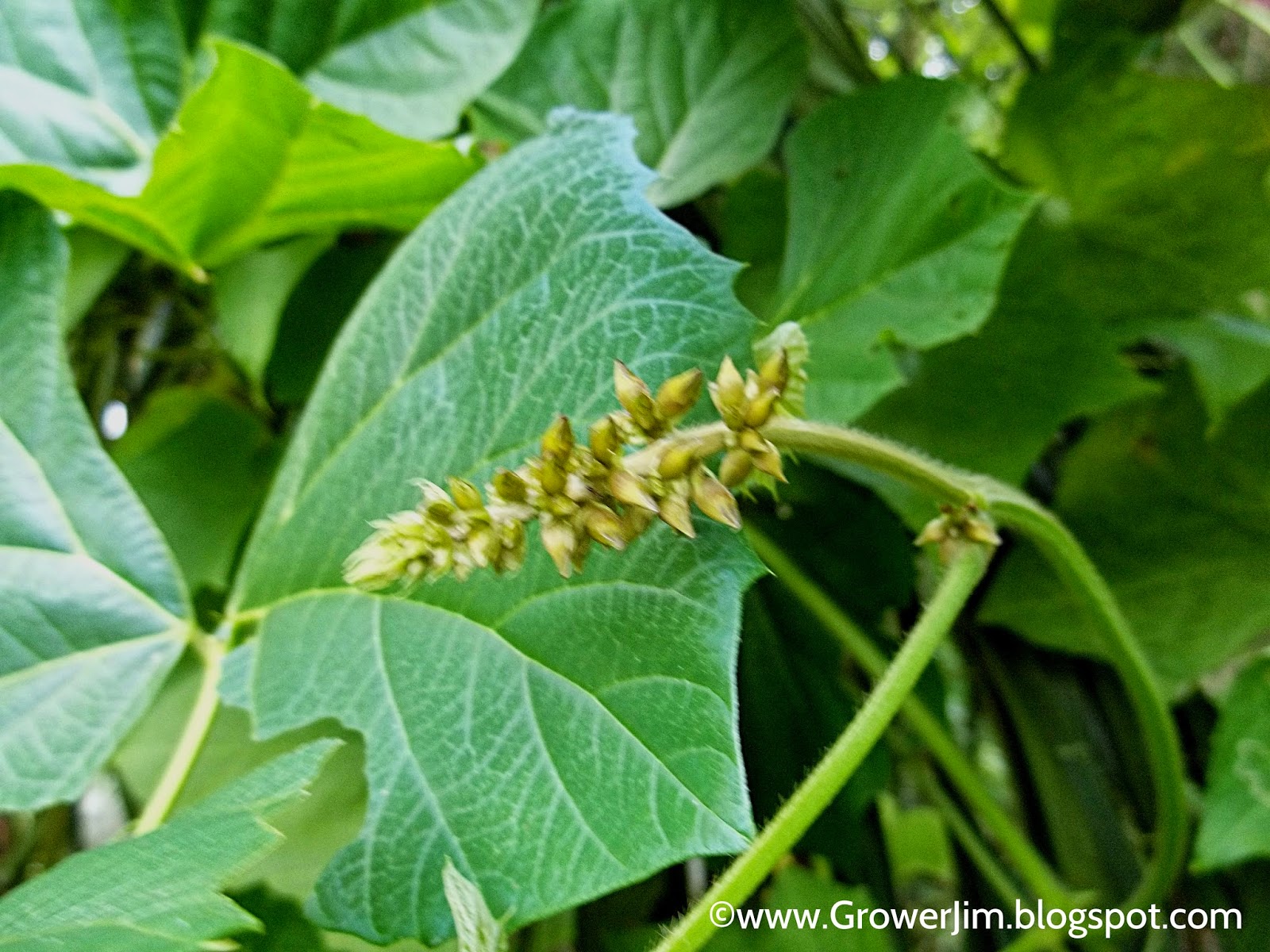 These quickly open into bright blue pea-like blossoms as the inflorescence elongates. 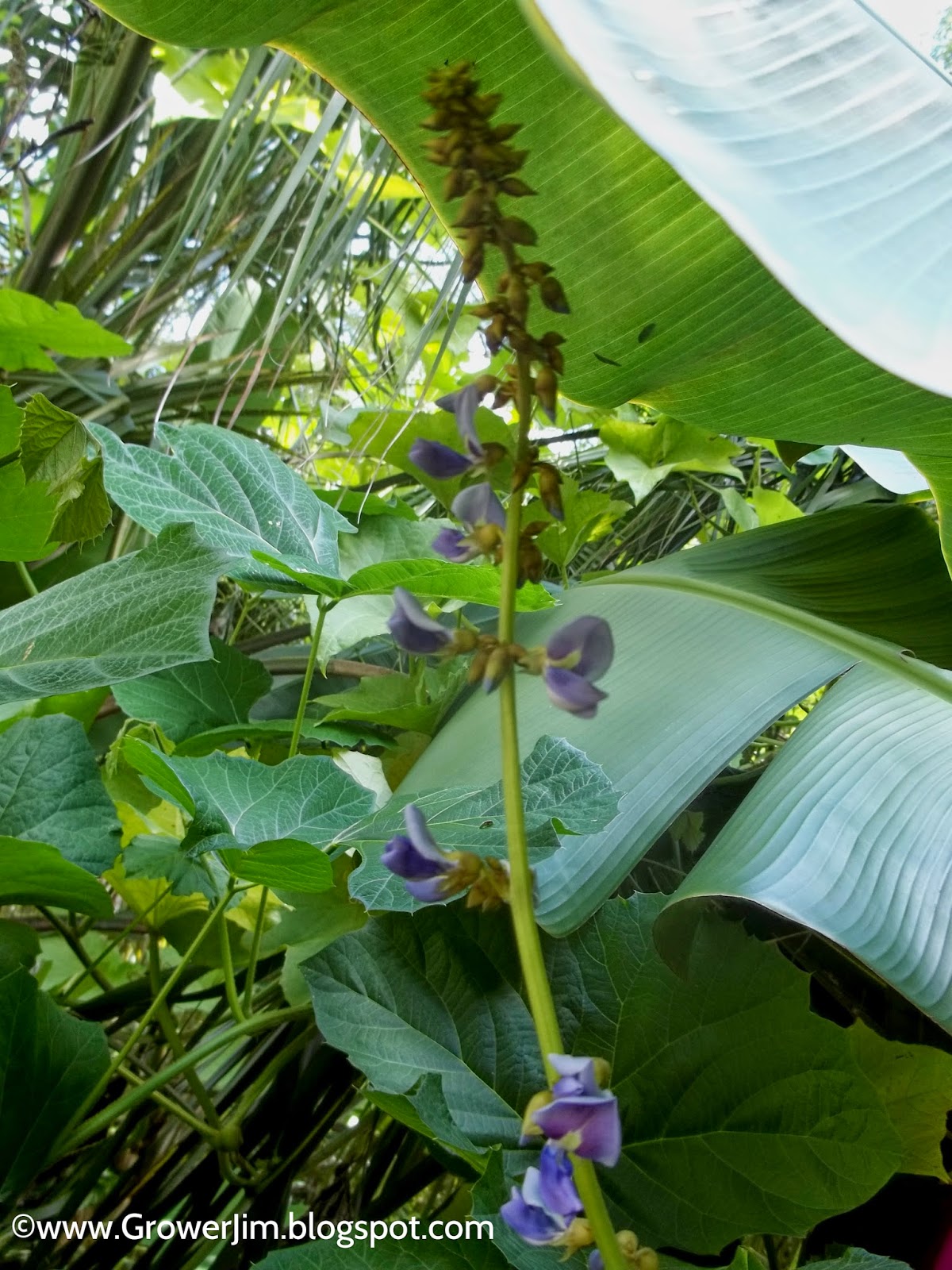 For maximum root production you should clip off the flower buds as they form so all the plant's energy goes into the storage root, rather than seed production. The root continues to increase in size as long as the vine is green and growing, so a long growing season is also beneficial for maximum production. Note that all parts of the jicama plant should be considered poisonous except the root, even though stems and leaves are used as animal forage in some regions.

Each pollinated flower develops into a bean-like pod. 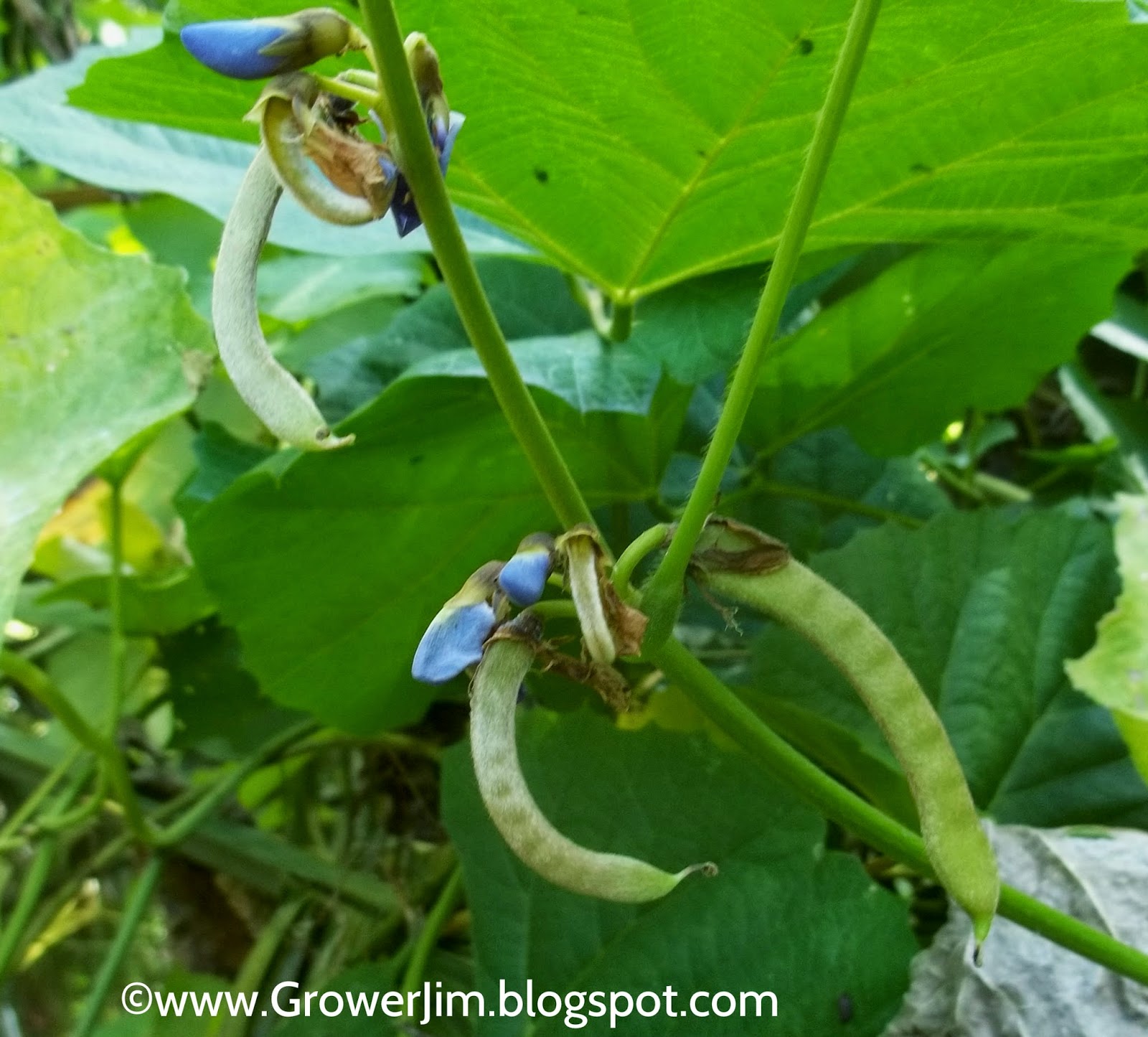 The pods grow to about 5-6 inches in length over a 2-3 month period, turning dark brown or black as they reach maturity. 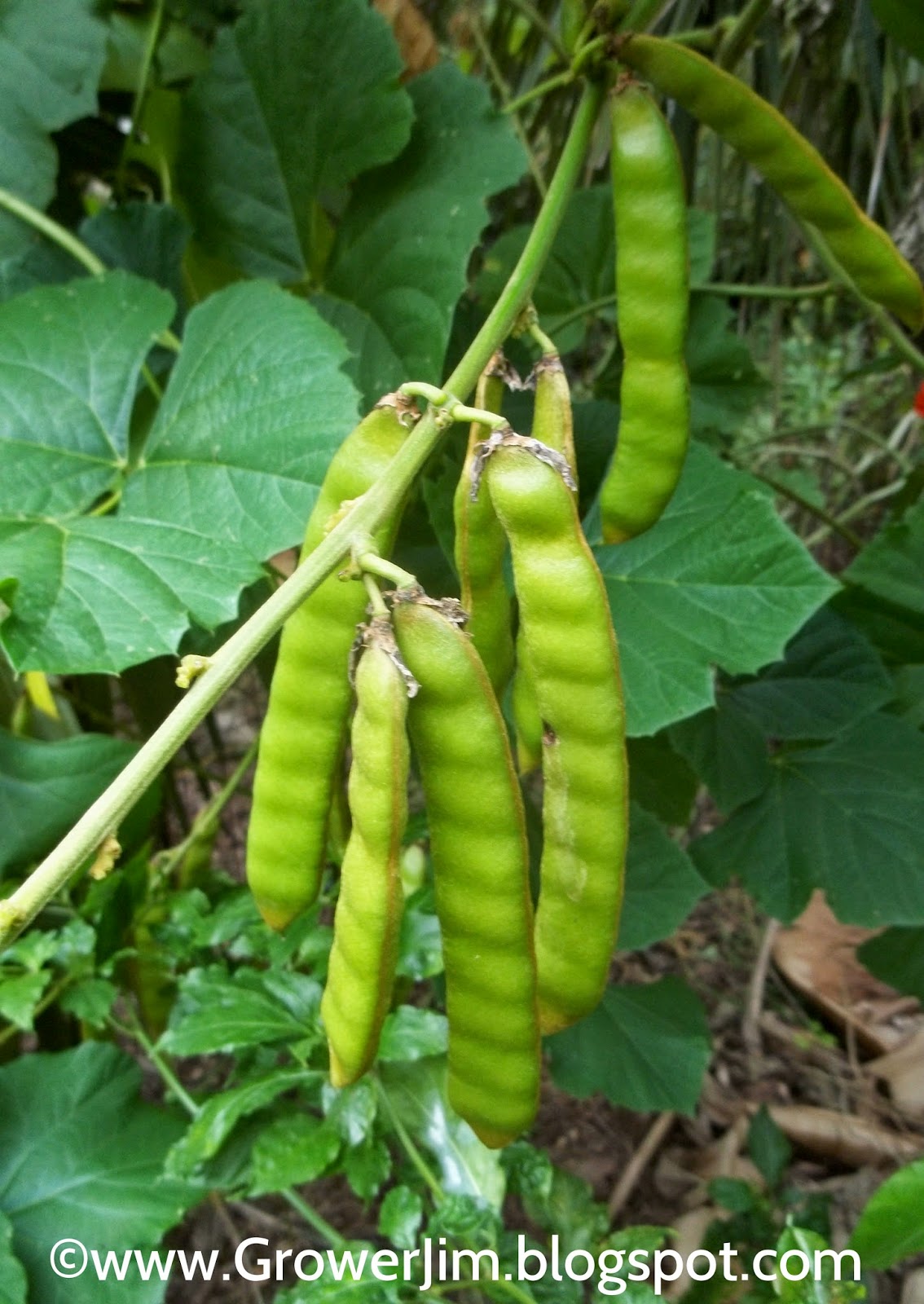 When they have fully dried, the pods split open to release the seeds. 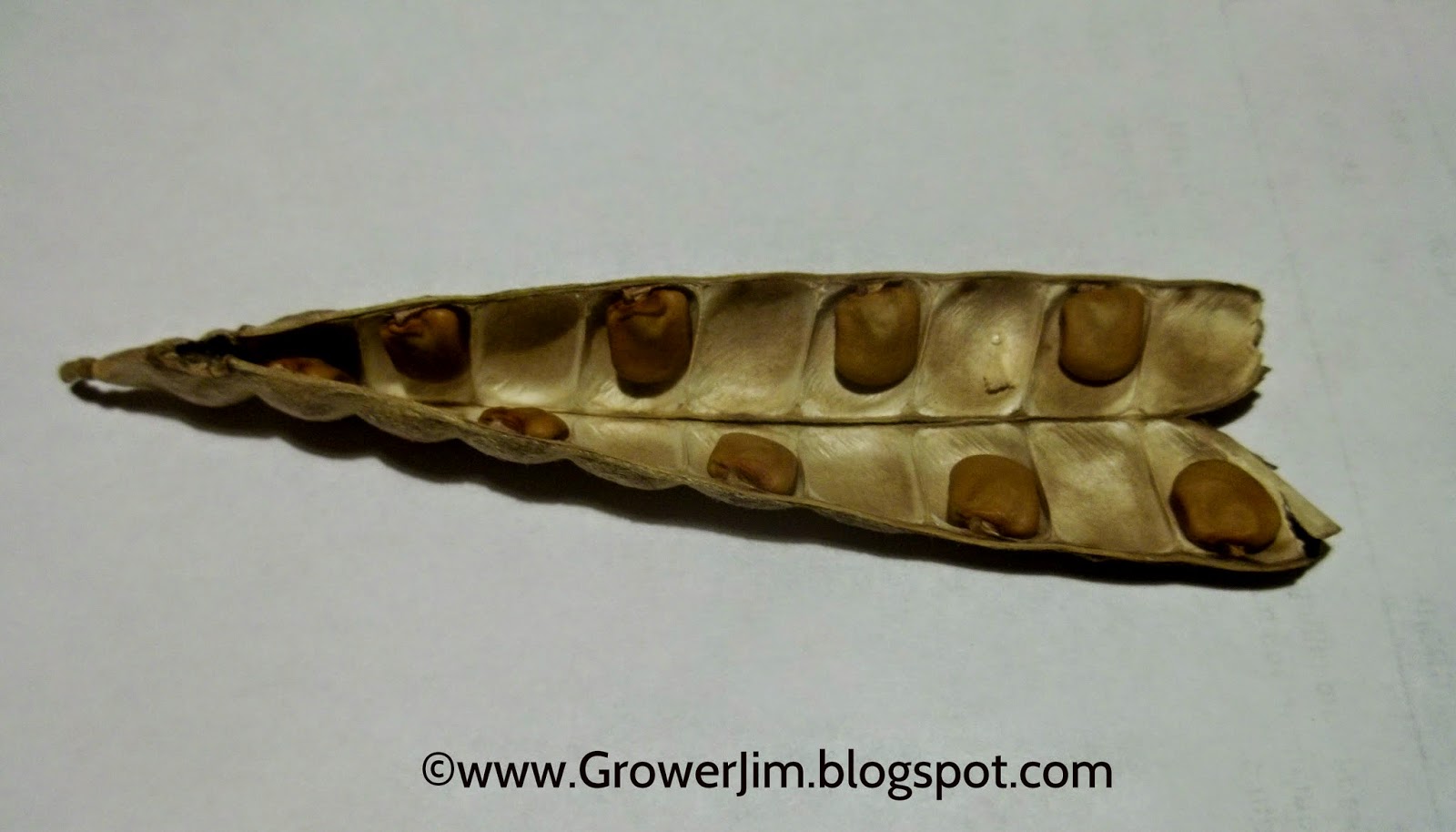 By this time the vines have also started to dry and decline and you can dig the edible root. Each vine produces a single, sometimes lobed, storage root, which varies in size and shape. Roots can become quite large, often weighing several pounds, but smaller ones are much more common. 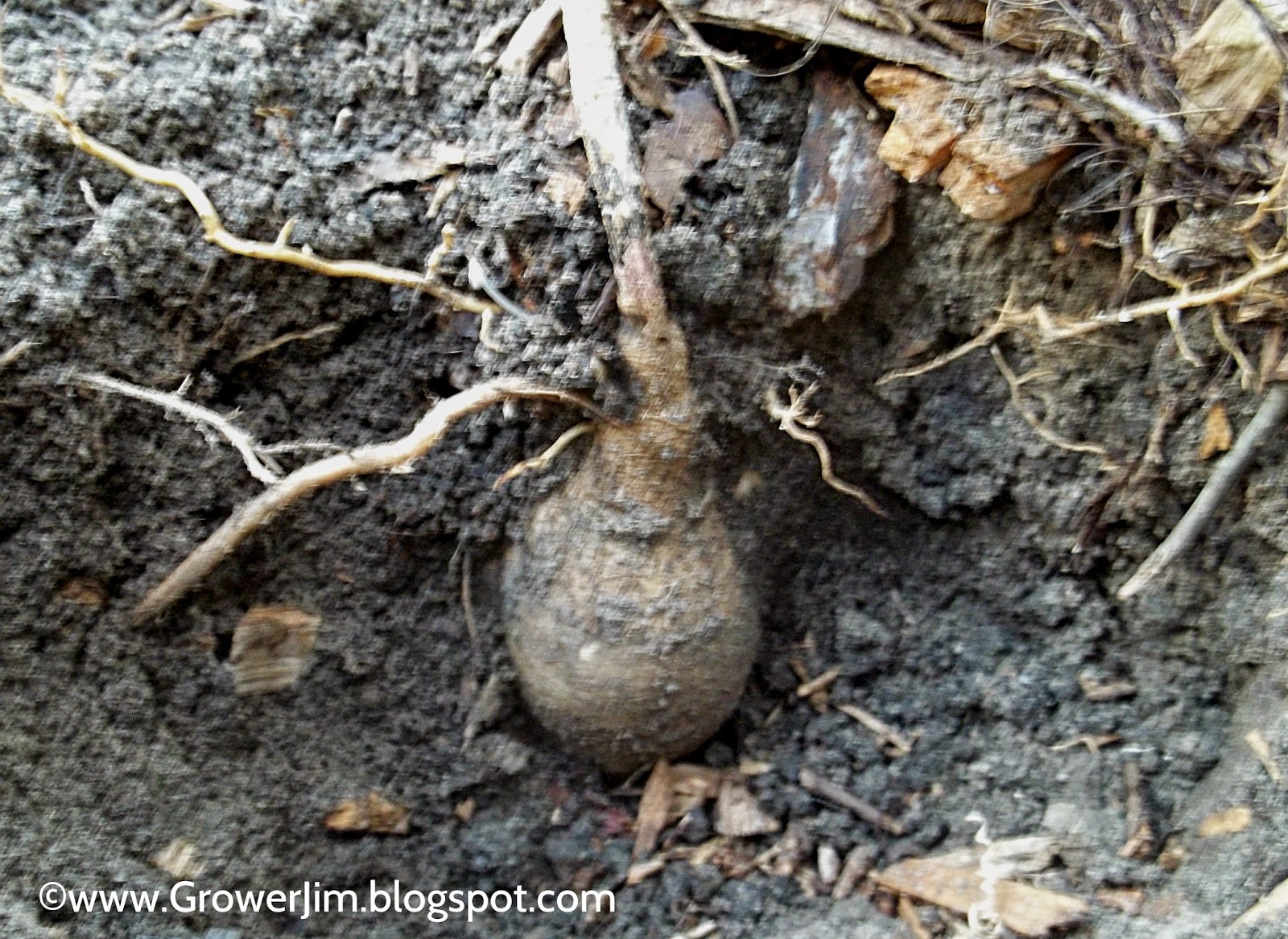 They have a thin tan skin and a crisp white or sometimes yellow interior, depending on the cultivar. Jicama may be eaten either raw or cooked, and they retain their firm crunchy texture even after cooking.

Peel and slice the root in salads, soups and stir-fries or serve with fruits. Cut into sticks and use with your favorite dips. Jicama is a very good source of vitamin C and also a good source of potassium. The root contains oligofructose inulin, which is a sweet inert carbohydrate that is not metabolized by the human body, so is a good sweet snack for dieters and diabetics. Oligofructose is also prebiotic.

Harvested roots should be stored in a cool dry location, but not refrigerated. 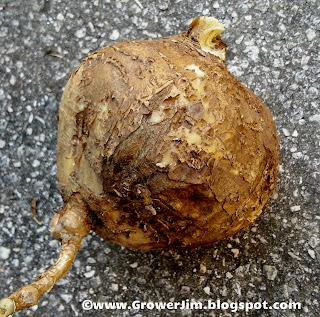 Pachyrhizus tuberosus is native to Central America, but is cultivated in tropical and sub-tropical regions around the world. The closely-related P. erosus is similar except with a smaller root and is the species more frequently grown on a commercial scale.
Technically, jicama is a perennial in USDA Zones 10-12 and a new vine will sprout from unharvested roots, but it is normally grown as an annual and harvested after the first growing season. I've been more successful growing a new crop from seed each year, rather than letting the old roots sprout again. A harvest can be obtained anywhere with a growing season of at least 5 months.

Propagation is by seed. Soak the seed in water overnight before planting. Any seeds that don't show signs of swelling can be nicked with the edge of a sharp knife and soaked for a few more hours. Keep the seedbed warm and moist. Germination should occur within 2-3 weeks.