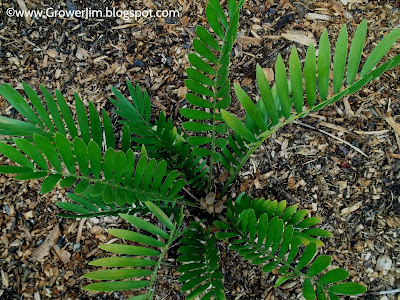 Zamia maritima is a cycad, a taxonomic branch that has existed virtually unchanged since the time of the dinosaurs. Its thick, firm leaflets are the reason it is often known as cardboard plant. 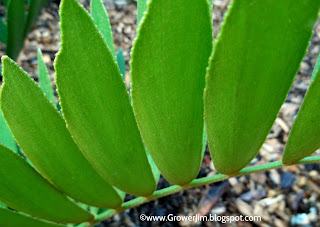 The leaf petioles are covered with numerous stiff prickles. 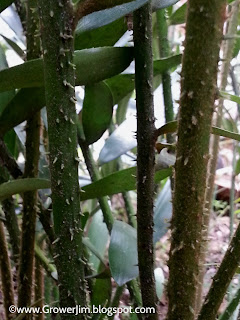 The natural spread of mature plants is about 4 feet tall and 6-8 feet wide, so give them some room in the landscape. Although the leaves can remain on the plant in good condition for several years, each year sees just one flush of new leaves all at once.

On young plants the leaves grow in a rosette around a single growing point, as in the first photo.
As it matures, the plant has a clumping growth habit, and increases in diameter by splitting off new growing points, each with their own rosette of leaves. This is the same plant 5 years later: 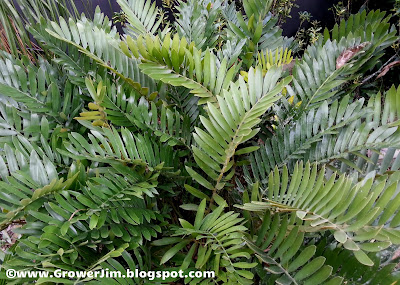 The individual plants are either male or female, and can be identified by their blooms, which appear in early summer. 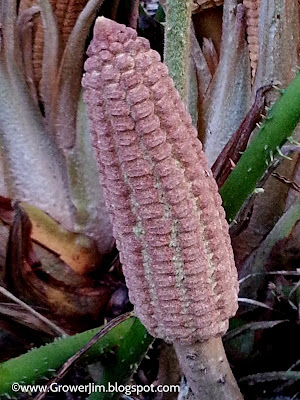 Female plants produce cones that are fatter, and with larger segments. 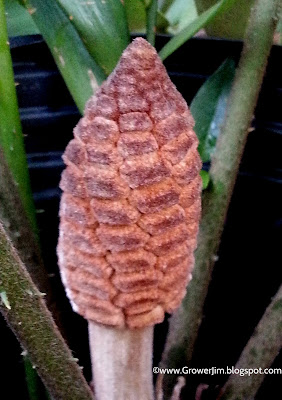 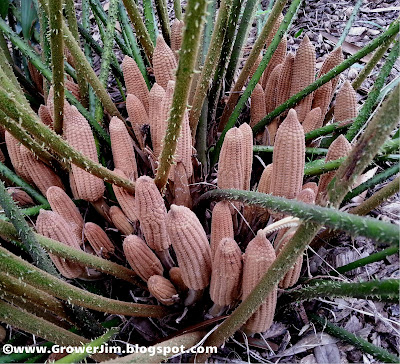 The seeds develop inside the cone for 7-8 months, then the cone splits open to reveal the bright red, glossy fruits. 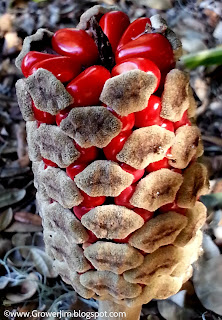 The fruits are toxic to dogs. If you are concerned about your pets, plant male specimens, or remove the female cones any time before they split open.

Zamia maritima is native to Mexico, and is recommended for USDA Zones 9-11. It will grow in sun or shade, and also makes a durable houseplant. This species is drought-tolerant, as well as salt-tolerant, and can be used in beach-side plantings.

Propagation is by seed.
Posted by Grower Jim No comments: