Aechmea 'Burgundy' is a colorful bromeliad variety that thrives in sun or shade. The olive to burgundy-colored leaves are darker on the underside with a somewhat spiny edge. 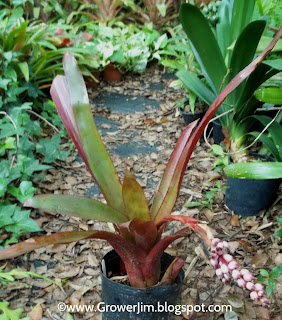 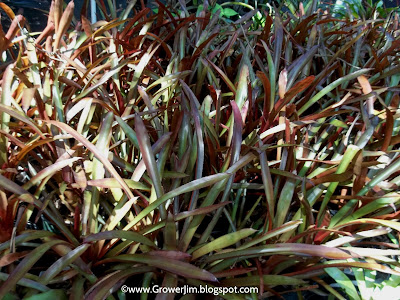 In spring the plants send up a maroon and white spike with blue flowers. The spike may be vertical are arching, depending on the length of the scape. 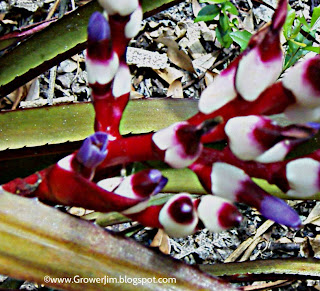 The colorful fruits at the base of the flower remain for 2 to 3 months, gradually turning a shade of rosy-pink. 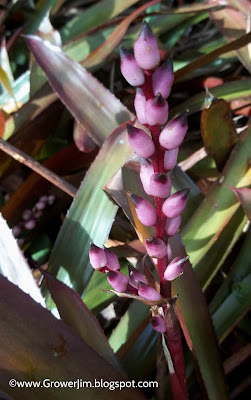 Plants grow about 2 feet tall and wide. In tropical and sub-tropical climates, the intense summer sun may bleach out the leaf color somewhat, until they become more uniformly olive-green. 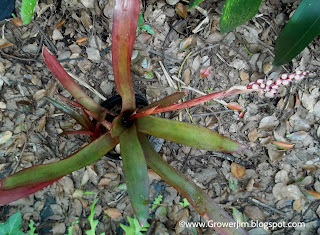 Plants are cold-hardy to at least 26°F and will show no damage as long as frost doesn't actually settle on the leaves. 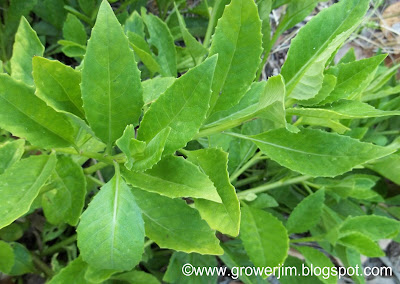 Longevity spinach (Gynura procumbens) is a leafy vegetable that was relatively unknown in the U.S. until recent years. It has rapidly gained in popularity as more people grow it and become familiar with its health benefits.
In warm climates the plant is perennial, and will provide harvests for many years. The growth habit is spreading, with the floppy stems trailing on the ground. 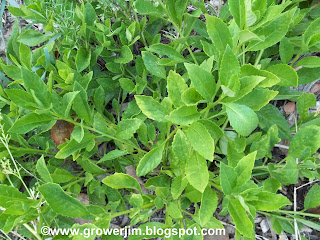 Overall plant height is usually less than a foot, but the width can be several feet if allowed to grow unchecked. Prostrate stems root as they grow along the surface of the ground making this an excellent edible groundcover. Growth can be kept in bounds by frequent harvest of the longest stems. 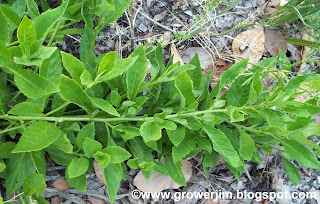 The leaves and young stems can be eaten raw or cooked. This is an excellent salad green, or use the leaves on sandwiches in place of lettuce. Stems can be chopped in soups, stews, or vegetable medleys in the same way you would use celery. Leaves hold their texture well when cooked, making this a good choice for those who don't like the mucilaginous texture of many other cooked greens.

Longevity spinach grows well in full sun or part shade. Growth slows or stops in cold weather, and a hard freeze will kill top growth, but in spring the plant quickly regenerates from the root system.

Gynura procumbens is native to the Philippines, Thailand and Indo-China. It is recommended for USDA Zones 9-11, but can be grown as an annual in colder locations.

In spring the plants go through a flowering cycle when little leafy growth occurs, but the plant is covered in orange blooms, attracting Monarch butterflies to the nectar. This plant is in the same genus as Okinawa spinach (Gynura crepiodes) and the houseplant known as Purple Passion (Gynura aurantiaca), and the flowers are clearly similar. 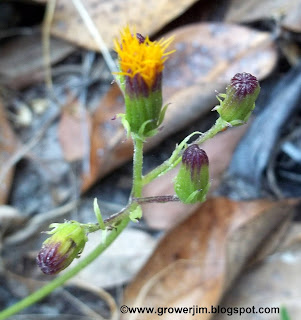 Many healthful claims have been made for this vegetable and it has been used in folk medicine for generations in SE Asia to treat inflammation, rheumatism and viral infections. Scientific studies have shown strong anti-inflammatory action and an ability to reduce type 2 diabetes. 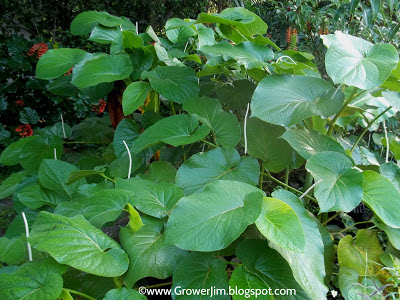 Piper auritum is a tropical herb that is variously known as hoja santa, acuyo, pepperleaf , Vera cruz pepper, false kava and root beer plant.
This species is very fast-growing to a height of 12 feet or more with stout upright stems and individual leaves that often grow more than a foot across. The leaf surface has a velvety texture. 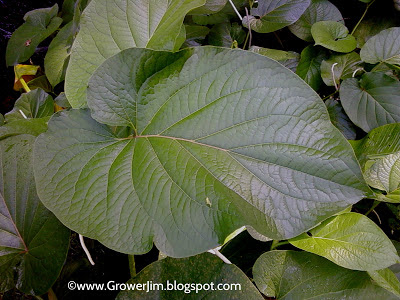 It is these large leaves that are used to wrap tamales or meats before cooking, giving a distinctive flavor to the food inside. The leaves are also an essential ingredient in mole verde, and are chopped in soups and egg dishes. They even add a delightful flavor to tea.
The flavor is a complex blend of sassafras, anise and black pepper. Indeed, Piper auritum is in the same genus as black pepper (Piper nigrum). Much of the flavor comes from the naturally-occurring essential oil safrole, which has been shown to be a carcinogen in animal studies. Subsequent studies have shown that humans metabolize the safrole differently and it does not break down into a carcinogenic metabolite, so it's safe for humans to eat.
In Panama the leaves are fed to fish that are later cooked and eaten. The flesh of the fish takes on the flavor of the leaves it has eaten.
Plants spread by underground runners and a single plant can quickly become a large clump capable of providing all the acuyo you can eat. Here you can see how the original plant sends up a few clustered stems, then starts spreading farther away. 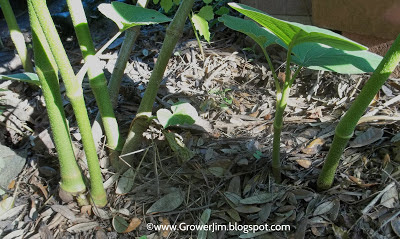 The thick stems are covered with prominent lenticels and are noticeably swollen at the nodes. 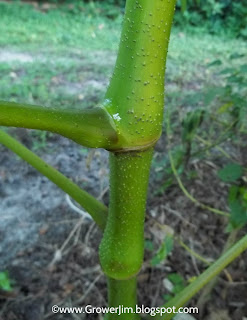 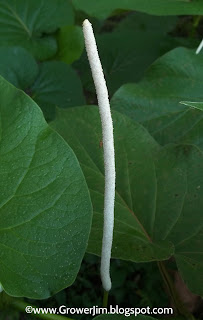 Each spadix emerges opposite the leaf along the stem. It starts out pendulous, but elongates and becomes erect as it matures, eventually achieving 8-9 inches in length. 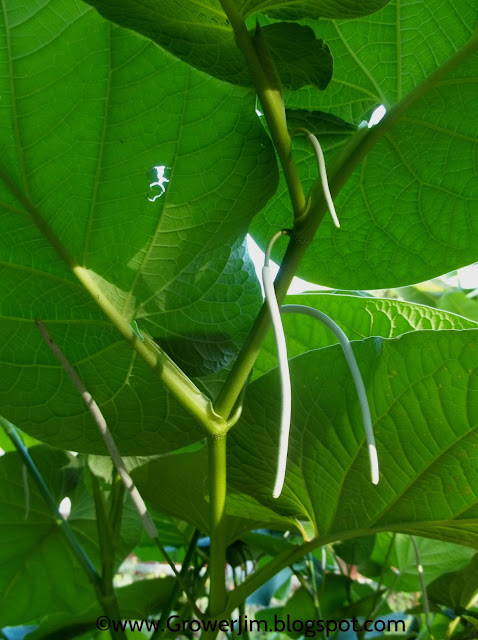 Piper auritum is native to tropical America from northern South America to Mexico. The leaves will be damaged by frost, but the root system will survive through a hard freeze and the plant is reportedly root hardy through USDA Zone 8.
It will grow in full sun or full shade, but with full sun in high summer heat, the leaves droop during the afternoon hours.
Posted by Grower Jim 7 comments: