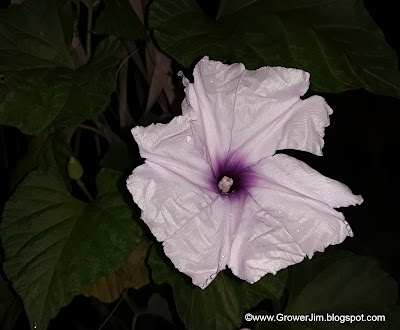 Ipomoea macrorhiza has beautiful nocturnal flowers and an edible root. It is a true perennial; the vines go dormant in the winter and sprout from the short stem at the top of the root in the spring. 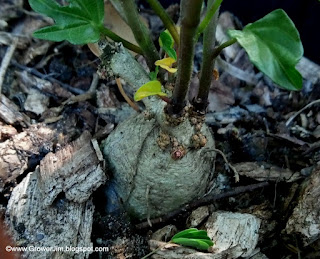 The vines twine around upright supports as they grow, and seem to do little branching. They start blooming at a height of about 6-7 feet. This species will also grow as a groundcover if there is nothing to climb on.

Flower buds often appear in clusters at each node. The buds at a single node generally do not open on the same night, instead blooms will be scattered along the vine each night during the bloom period. Flowering occurs in late summer. 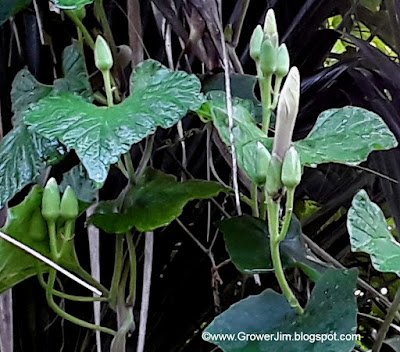 The pale pink flowers are about 4 inches across, and have a purple throat. The deep tubular throat is nearly as deep as the flower is wide. There is no detectable scent. 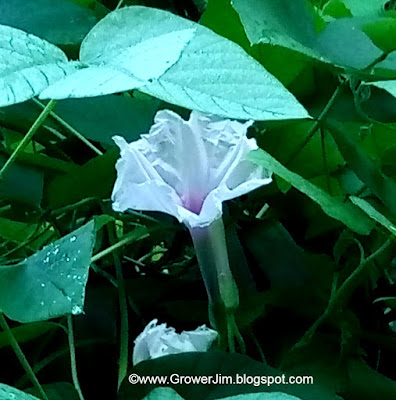 The triangular leaves have a crinkled appearance, especially when young. The furled leaves and growing tips appear white.

Native Americans cultivated this plant for its large, starchy roots. 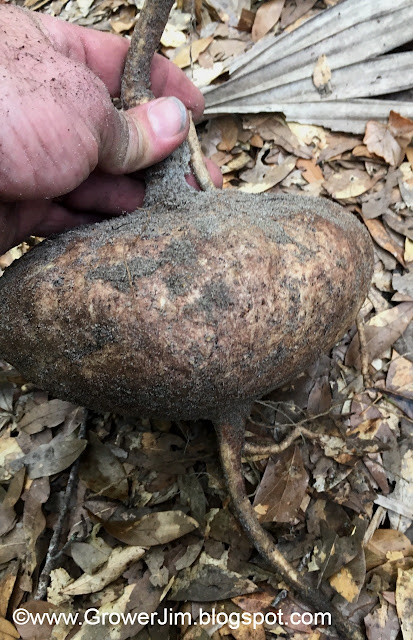 During the dormant season, the root can be harvested and eaten, either raw or cooked. Its flavor, color and texture is nearly identical to jicama. 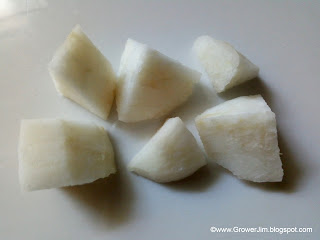 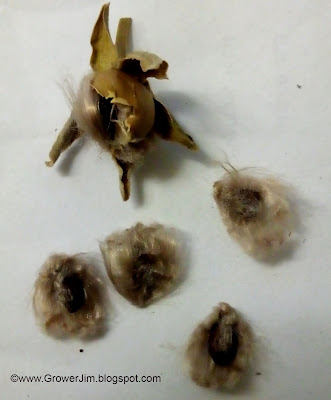 Even seedlings only a few weeks old already have a thick, elongated root. 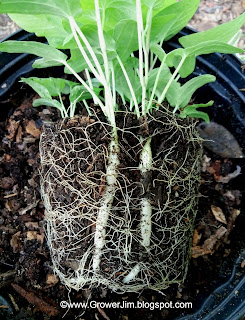 Ipomoea macrorhiza is native to the Southeastern U.S. It is recommended for USDA Zones 7-10.

This species is also known as pink moonvine and large-root morning glory.