Allium canadense is a small species of onion that grows wild over a large part of North America. In some areas it grow so prolifically it is considered a weed. In other areas it is listed as a threatened or endangered species.
These onions never bulb up, instead remaining the size of tiny scallions. The entire plant is edible either raw or cooked. In the kitchen they can be used the same way as conventional green onions.
Foliage is bright green and somewhat stringy in appearance. Leaves are flat in cross-section, not rounded and hollow like many other alliums, and can reach more than a foot in length. 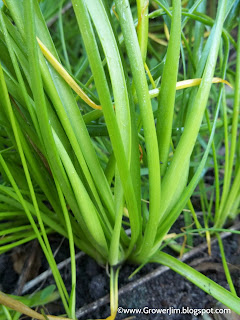 In the warmest parts of its range this species grows during the cooler months and spends the summer in a dormant state. In northern states the growing season is reversed.

In early spring, it appears the plants are getting ready to flower when they send up blue-green stems topped by a large bud, but when the bud opens, mostly what you see is a group of small onion bulbils. 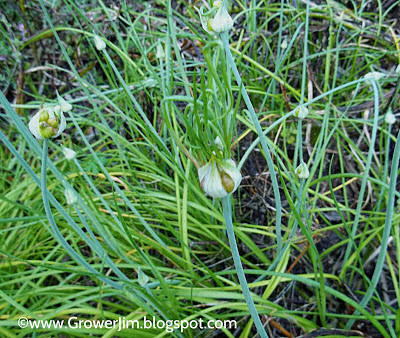 There are only a few white flowers scattered among the pearl-sized onions. Some of these bulbils sprout leaves of their own, forming a miniature plant on top of the stem from the mother plant. 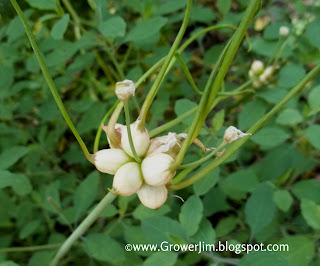 When the plant goes dormant the bulbils dry up, loosen from the stem, and drop to the ground where they wait for the next growing season. It often takes a couple of year for them to reach a harvestable size. 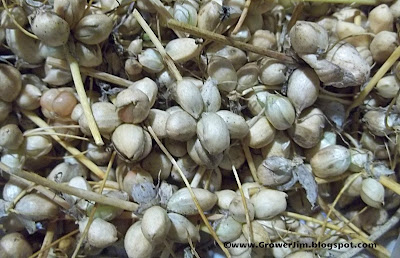 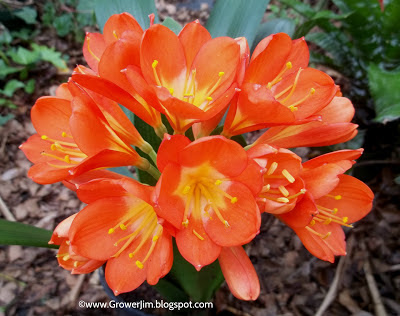 Clivia miniata is a perennial that blooms in spring or early summer in sub-tropical regions, but also makes a durable houseplant in colder climates. The orange flowers open in a large cluster held just above the foliage. Individual flowers are about 2 inches across, with the entire cluster having a spread of 6-8 inches.

This species has such distinctive leaves that it is instantly recognizable even when not in bloom. Foliage is dark green, strap-like, leathery and two-ranked. Individual leaves are 2 inches wide and grow to about 1.5 feet in length, with the entire plant having a spread of 2.5 feet. 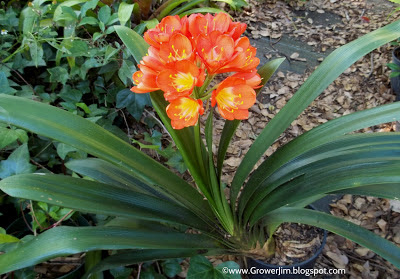 In containers, they supposedly prefer to be root-bound. I keep mine in 6-inch diameter pots, only removing them to divide the occasional offset. Roots are thick and fleshy. They thoroughly fill the container and are often visible on the soil surface. 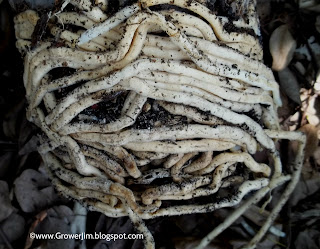 Plants are slow-growing, but long-lived. I've been growing the same plant or its offsets for more than 30 years. Pollinated flowers set seed in round fruits that turn red as they mature several months later. The seed pods often remain on the plant until it's ready to bud the following year. Clivia can be grown from seed, but is usually propagated from the offsets that develop near the base of the plant. 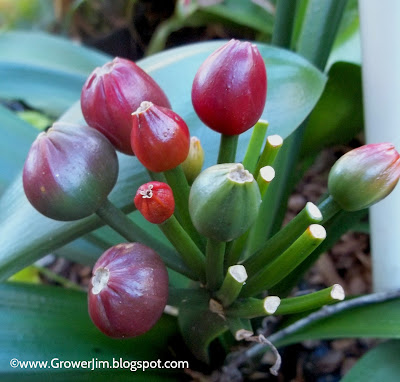 Clivia miniata is native to South Africa and is recommended for USDA Zones 9-11. It prefers mostly shady conditions, protected from direct sun. Flowering is supposed to be best following a cool dry winter.
There are also some cultivars that have yellow or reddish blooms.
Posted by Grower Jim 7 comments: 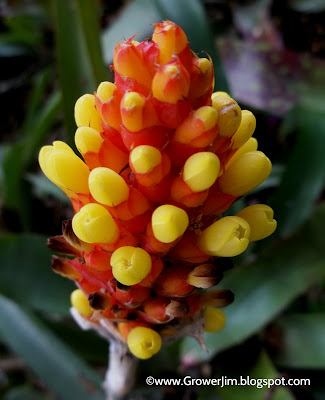 Aechmea comata is a spring-blooming species of bromeliad with reddish bracts, orange sepals and bright yellow flowers. The sturdy inflorescence is held well above the foliage so the color is visible from far away. 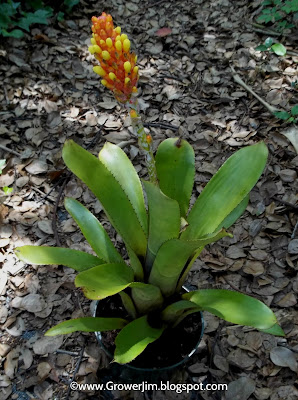 Pollinated flowers develop into reddish fruits that extend the period of visual enjoyment by another couple of months. 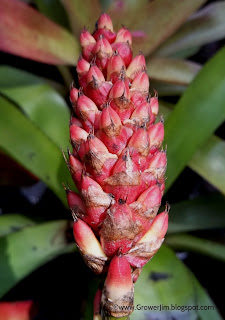 The foliage is stiff and heavily armored with spines. The lower part of each leaf has a distinctive depressed area often referred to as a "thumbprint". 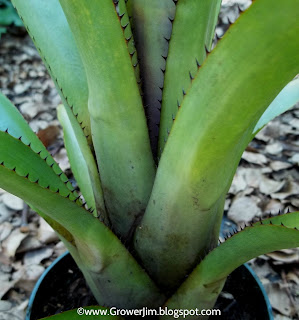 The leaves are also marked with purple at the base, especially on the inner side. 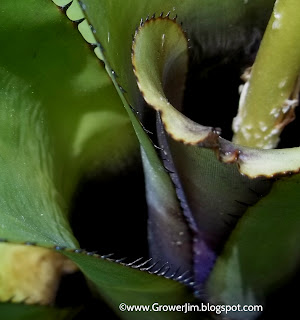 Aechmea comata grows about a foot tall and wide, with individual leaves measuring about 2 inches across. I grow mine in about 50-75% sun. 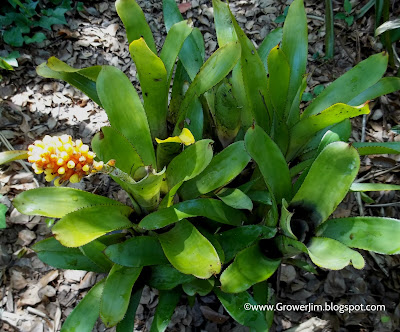