Nopalea cochenillifera is a cactus that is edible and has many medicinal properties. It also makes an attractive, drought-tolerant landscape plant.

This species grows to about 15 feet tall and can become tree-like in just a few years. 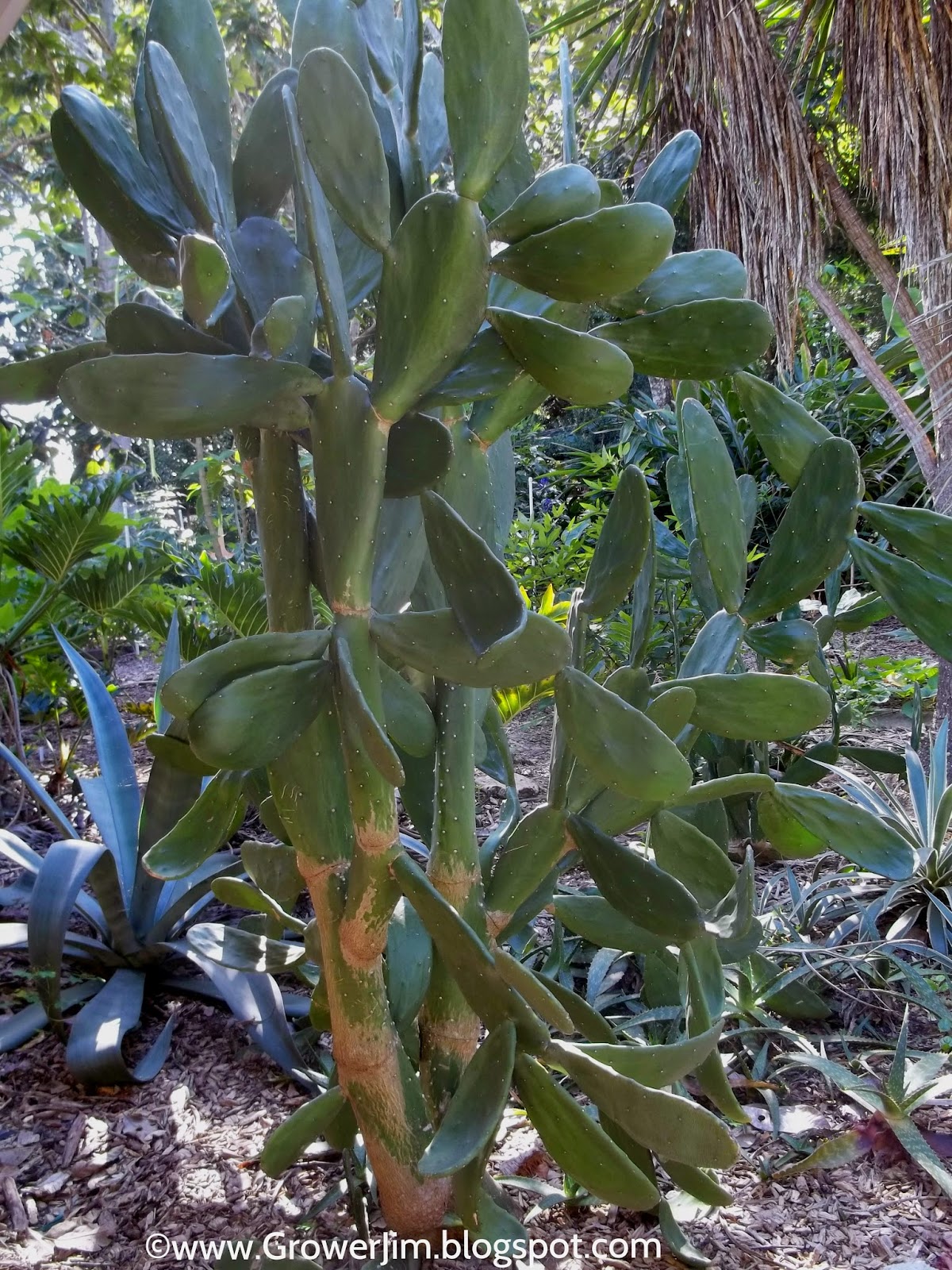 The pads, or cladodes, are about 8-10 inches in diameter and thicken up as they age to support new growth higher up on the plant. Eventually, the base becomes more rounded like the trunk of a tree. 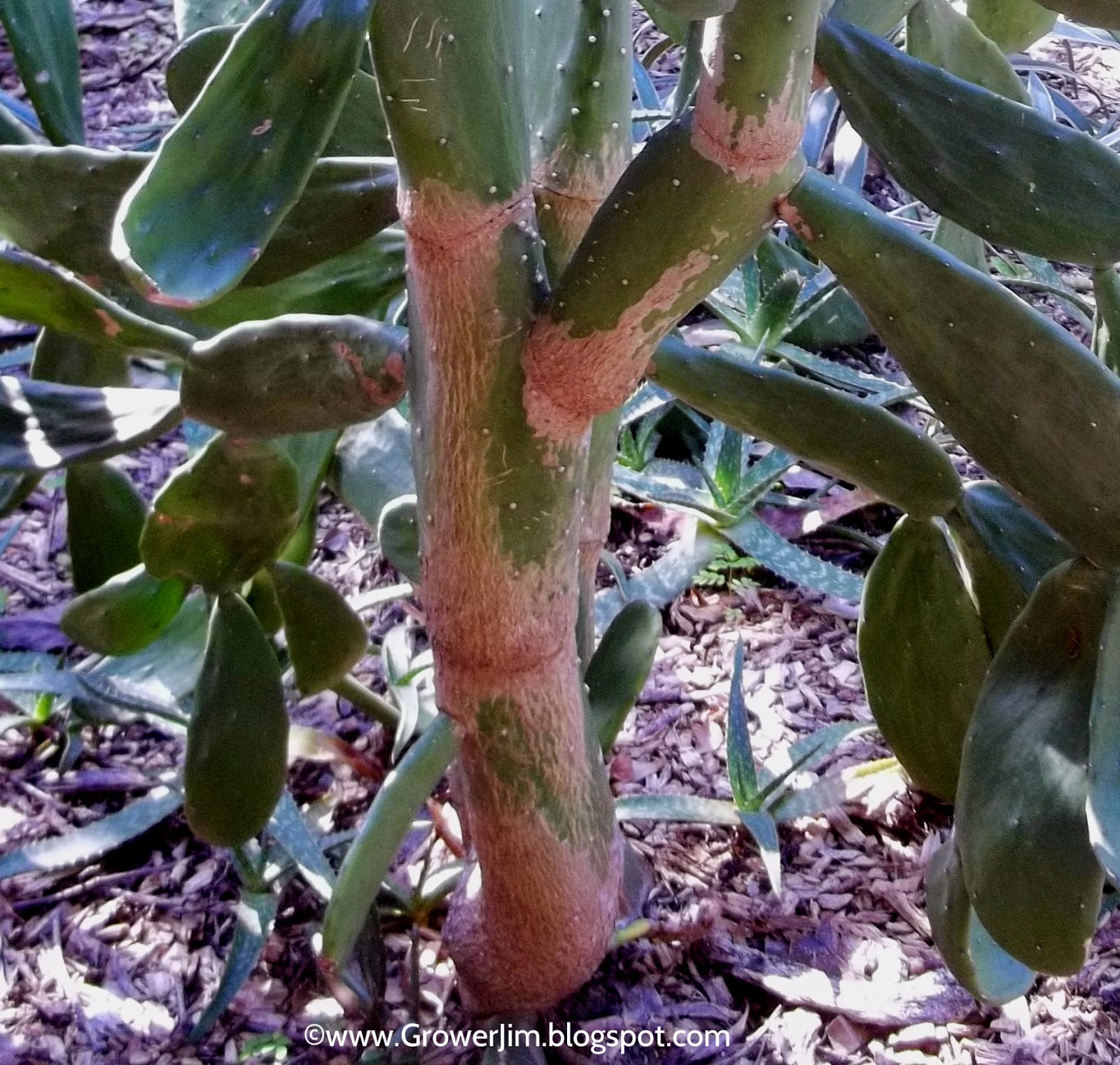 Flowering generally occurs in spring. The blooms are very showy with their orange petals and fuchsia-red stamens. 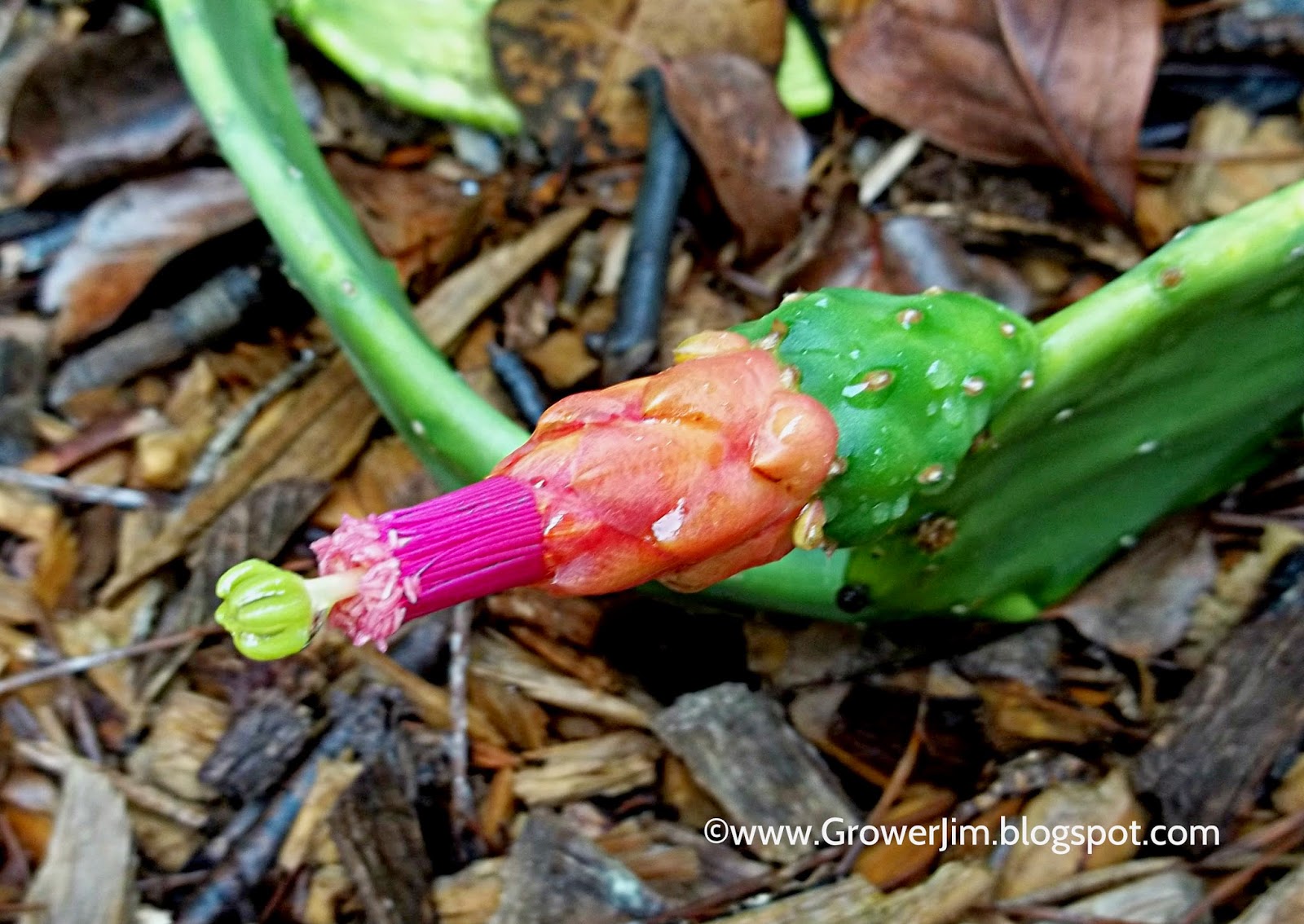 The pads are the edible part, and should be harvested when they are near full size, but still have a few rudimentary leaves visible. 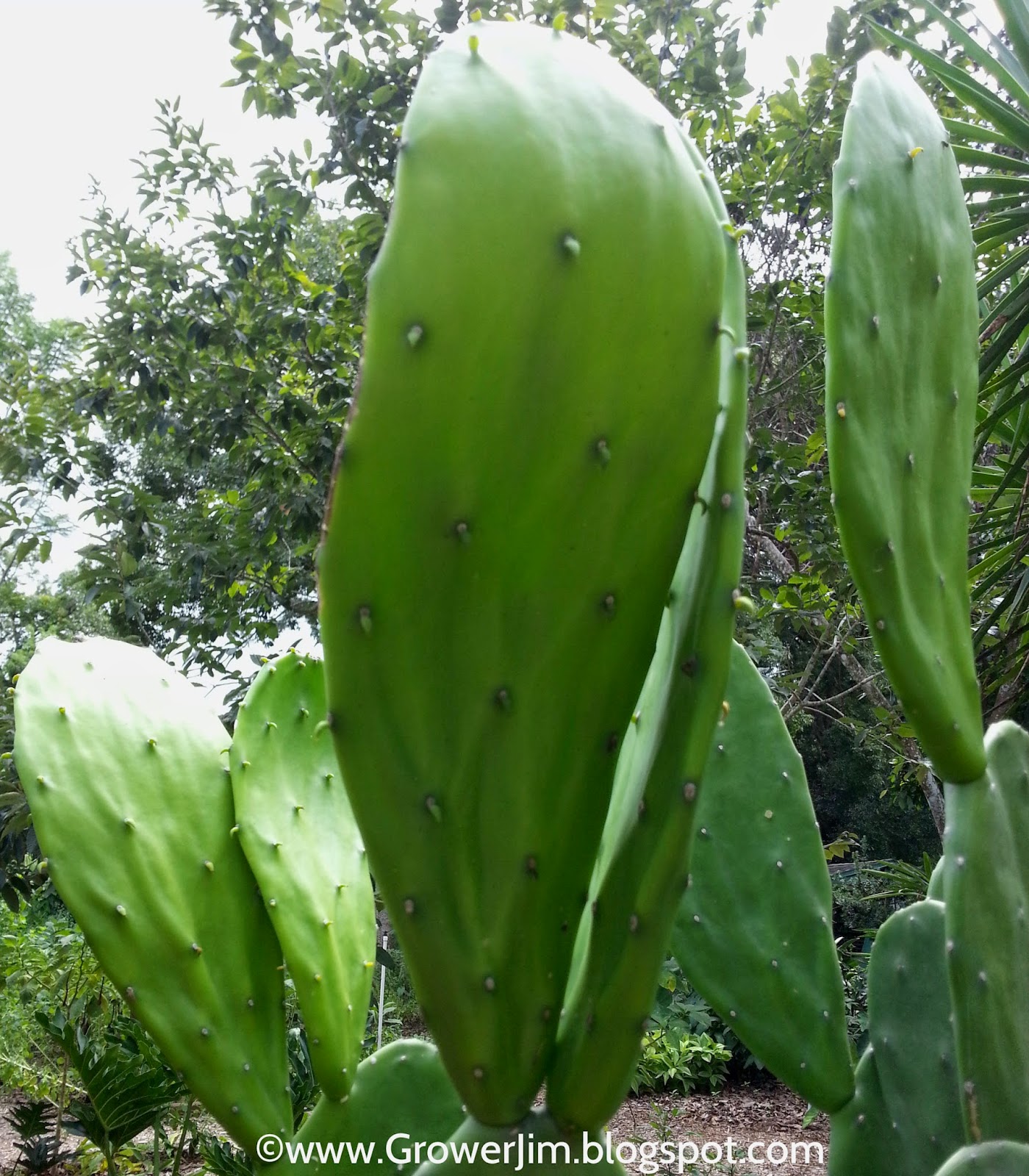 The pads are nearly spineless, but it's a good idea to scrape away the bumps with a sharp knife or scrub with a scouring pad, just to be on the safe side. It's common to trim away the thickened base of the pad since this is often tougher and not as good to eat. The rest can be diced or sliced up into strips, and eaten raw, steamed or stir-fried.

Some people leave the pad whole, make long cuts down the length (like fingers on a hand), season it, and throw it on the grill.
Nopalea can also be juiced like any other green vegetable.

Nopalea should not be confused with nopales. The word nopales is used for the pads of any edible cactus species, most commonly Opuntia ficus-indica. The documented health benefits come only from Nopalea cochenillifera.

Medicinally, Nopalea is used for type 2 diabetes, high cholesterol, obesity, alcohol hangover, colitis, diarrhea, benign prostatic hypertrophy (BPH) and viral infections, according to WebMD, although some of their statements are contradictory.

Botanical extracts of the plant have been shown to have anti-microbial activity. 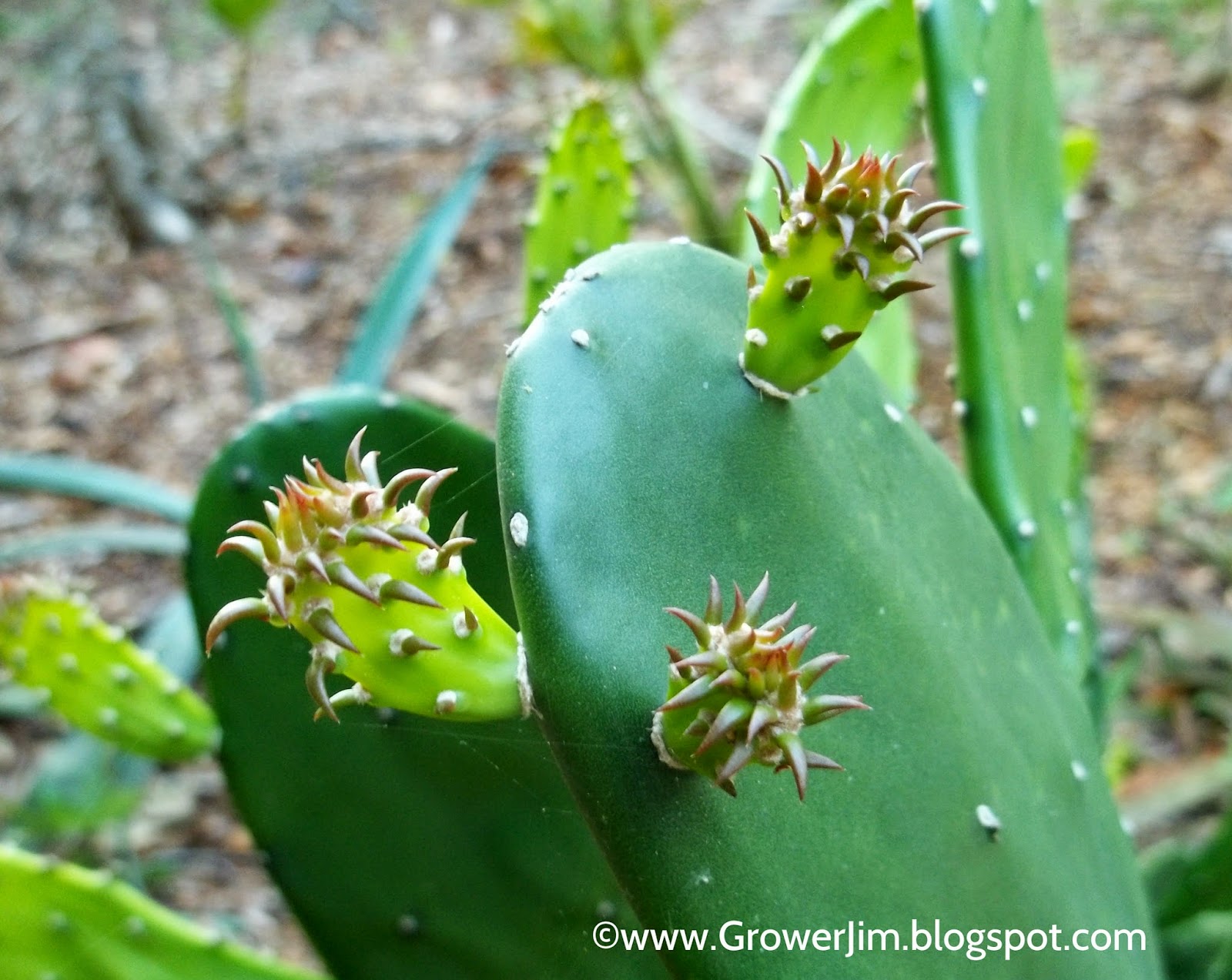 The pads are also used as animal fodder. The species name is derived from the cochineal insects that feed on the plant, and are collected to produce a bright red dye. This insect dye is used in food coloring, soft drinks, lipstick and other cosmetics.

Nopalea cochenillifera is native to Mexico and grows as an introduced plant throughout the
Caribbean. It is recommended for USDA Zones 9-10.
Posted by Grower Jim

Email ThisBlogThis!Share to TwitterShare to FacebookShare to Pinterest
Labels: cacti and succulents, vegetables

Do these produce any fruits like the prickly pear? I've been making juice from them and it is delicious! I haven't tried cooking the pads yet.

Ian, the fruits never really develop into anything on my plants. They just stay about the same size and eventually fall off. The prickly pear fruits are far superior!