The history of our farm

This year our farm is celebrating 35 years of growing in this location, but the history of the land goes back much further than that.

Human populations have been living in this region for thousands of years. Paleo-americans were in the area as early as 14,000 years ago. Occupation by native tribes continued through the Archaic, Mount Taylor and St. Johns periods of pre-history. By the 1500s the Timucua were the main tribe. In the 1700s the Seminoles moved into the area and became the dominant population.

European immigrants arrived and the original survey of this land was completed in 1848. The Bureau of Land Management designated it as available to homestead in 1862, and the first settlers started arriving around 1877. The BLM made the original homestead grant of this property to Swedish immigrant Otto F. Johnson in 1890. He lived to age 72 and is buried in the local cemetery.

This land was part of the thriving Swedish colony of Piedmont in 1890. The Florida Central and Peninsula Railroad station was constructed that same year, and there was a small store and schoolhouse. Residents cultivated citrus, grapes, produce, livestock and poultry. 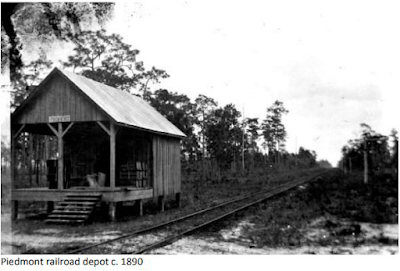 In 1889 The Piedmont Winery produced 3360 gallons of wine made from oranges and local muscadine grapes, and shipped wine as far as Nebraska. The Piedmont sawmill operated from the late 1890s until the 1920s. 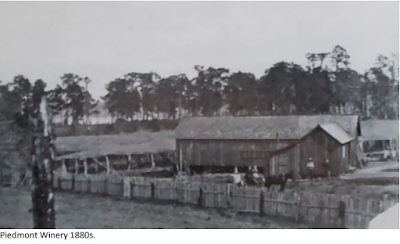 The Piedmont post office opened in 1903 to serve 75 residents in 17 homes. It operated until 1922. Eventually the mailing addresses in Piedmont were shifted to Apopka, and the little community became a historical memory. When I bought this property in 1987 the post office building was still standing and was visible from my house. It burned to the ground a few years later. There are at least two homes still standing that date to around 1900. 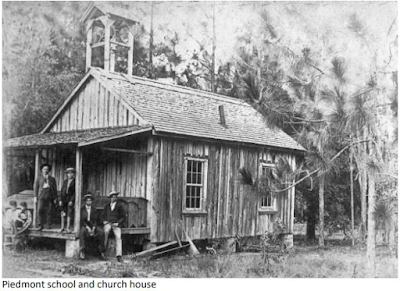 I haven't been able to trace the ownership or land use of my farm between Otto Johnson and the early 1950s, but there is an old concrete foundation on my property that dates to that time period. A pecan grove and the remains of an ancient citrus grove still existed here in the late 1980s.
Without a doubt, I have created the most diverse agricultural use this land has ever seen, while still maintaining a natural setting. I hope future caretakers of this land will continue on this path.

I leave off with a photo of a community gathering on or near my farm circa 1910. My house faces Blue Lake, where this photo was taken. 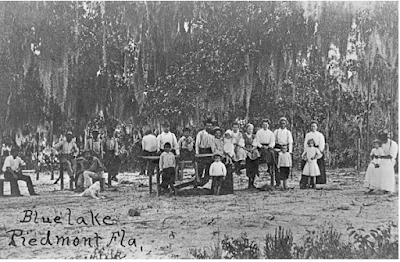 As we celebrate our 35 years, follow our Facebook page to get notifications of our giveaways and special deals all this year!

Beautiful History, It’s such a lovely area. So impressive the effort you’ve put into caring for this little corner of paradise.