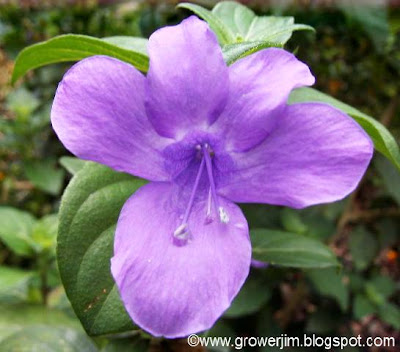 Barleria cristata is a carefree shrub that blooms in both spring and fall.  The 1.5-inch diameter, purple flowers nearly cover the plant when in full bloom.  Plants grow 4-6 foot tall and wide.  Tall stems tend to arch over, so keep them pruned shorter if you want a more compact look.

There is also a white flowered variety, and I used to have a pink one too, but it died out one winter.
Flowering will be best in full sun, but I have some in a considerable amount of shade that still produce some flowers.  The white-flowered variety especially, really stands out in the shade. 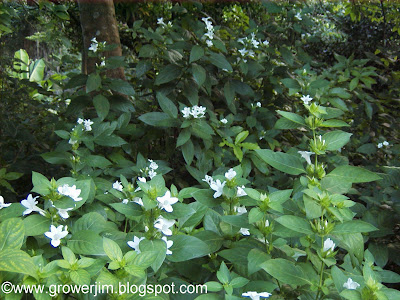 There is a variegated-leaf form that has spectacular foliage but few blooms.  This one is also good to brighten shady spots. 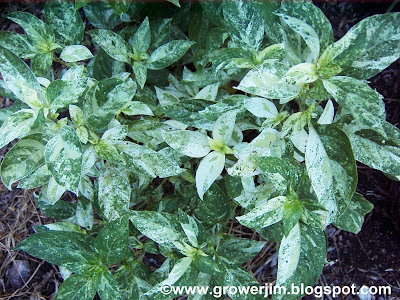 Barleria easily spreads by seed so it is preferred for mixed borders or as a hedgerow, where stray seedlings won't be a nuisance.
Barleria cristata, also known as Philippine Violet, is a native of India and southeast Asia, and is recommended for USDA Zones 9-11.  There may be some dieback on exposed plants during severe winters, but mine fared well at 26°F last winter.  Even in colder locations, the plant could be grown as a fall-flowering perennial. 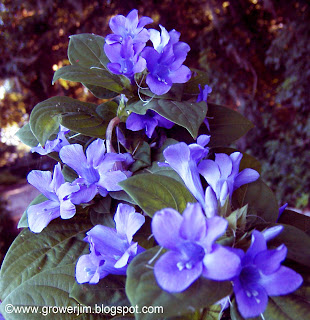 An extract of Barleria leaves has been used in traditional medicines for the treatment of anemia, toothache, and inflammation.  Scientific studies have confirmed that it has strong anti-inflammatory properties.
Posted by Grower Jim

This is one of my favorite bloomers here in our gardens. When seedlings pop up, and they do all over the place, I dig them up and plant them elsewhere. I didn't know there was a white and a pink or or one with variegated foliage either.

Thanks for the info ~ FlowerLady

I have the purple variety in my shady garden and it grows leggy and not very full, but blooms like crazy this time of year. I just acquired the white from a friend and it has grown much taller than the purple and is just starting to put out buds. I would love to get a variegated version. That one I've never seen.

Philippine violets are a really nice plant. I used to have several but left them behind when we moved. I need to get more. Love that var. variety.

Tried them as annuals and had a great time with them. Just a little too cold for them to make a comeback.