What's New is my monthly update on all the garden happenings that have slipped through the cracks.  It is also part of the Tuesday Garden Party hosted by An Oregon Cottage.
Cooler weather has finally arrived and this is the first week with daytime highs less than 90°F and nights less than 70°F.  It feels great!  The Night-Blooming Jasmine also happens to be in full bloom right now, and with the windows open it's like sleeping in a flower garden! 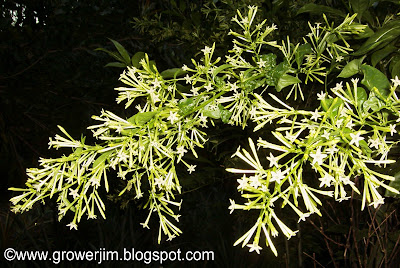 The shorter days and cooler nights have signaled to the goldfish that winter is on the way and they have developed huge appetites prior to the dormant season.  Whenever I pass by the fish pond, their gaping mouths appear to say "Feed me!  Feed me!". 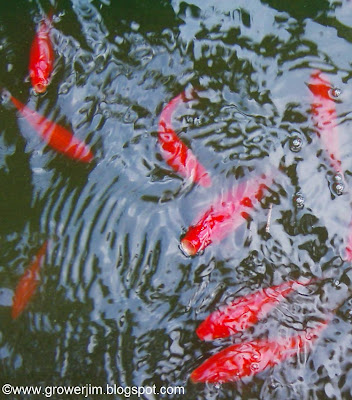 Short days have also triggered formation of buds and a few blooms on the fall and winter blooming species of Hibiscus.  I have four species that will all be bursting into bloom in the next month. 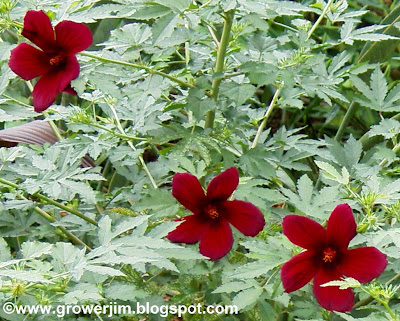 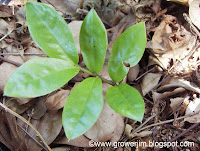 Just yesterday I found the first sprout on a Zamia maritima, ten months after the freeze!

The creatures that dig in the night have been having a field day (or night) with my garden.  They always root through the mulch and loose dirt looking for something to eat, but now they've suddenly gotten interested in my potted plants.  I go out in the mornings and there will be several overturned pots with plants scattered, roots exposed, and soil everywhere.  One would think that they would consume everything edible as they dump the pots but apparently not.  After scooping up the dirt and repositioning the plants, I often go out the next morning to find the exact same pots overturned again!

I love the idea of leaving the window open at night to smell the night blooming jasmine! Glad the zamias coming back. My bismarck palm is just now pushing out new leaves even though the spear pulled out after winter!

So cute but so meddlesome! I had the opportunity a few years back to hold an orphaned racoon and they are not so soft as one would imagine. Their fur is actually quite coarse.

I once planted 5 of them close to the back side of the house. The smell was so intense, we had to close the windows at night. Only plant one and not near a window was the lesson I learned. Pretty wonderful in limited amounts, otherwise toxic to the olfactory nerves.

Hi...Nice jasmine flower...I like the fragrant too. But open the window @ night...need to think again.

Jim, my garden is still partially struggling after last year's freeze, too. All of my bananas came back, but are only topping out at 6-7' at the tallest point with no boots of fruit yet. I've decided we probably won't get any this year. My ground orchids are still struggling too, but are showing some progress. Meanwhile, I'm loving the season change. October is my favorite month in Florida!!