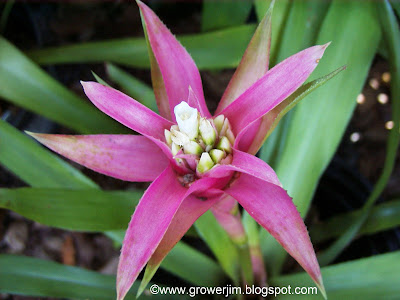 Canistropsis billbergioides is a relatively small-growing bromeliad with a long-lasting inflorescence.   Individual plants can easily be contained in a 5 or 6 inch pot.  This species is unusual in that it comes in several different color forms.  I have the pink, purple, and scarlet ones, but they also come in several other shades of yellow and orange. 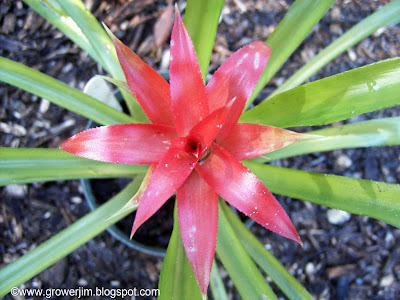 At least nine different distinct color forms have been identified. 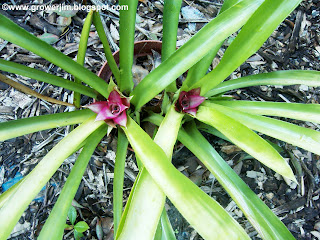 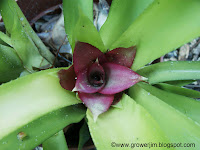 The colored bracts remain vivid for a period of three to four months.
They also seem to be fairly cold-hardy.  Mine have done well under a tree during freezes with temps in the mid to upper 20s F.  Canistropsis prefer a shady habitat so a location under the canopy of a tree will give them protection from both sun and frost. 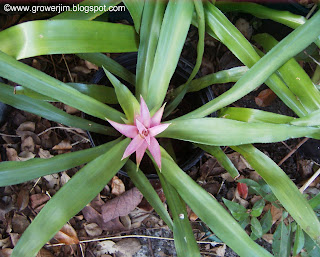 What a fabulous range of colours forms this brom species comes in ... I do like your purple variety.